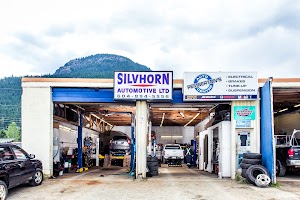 Bree Procter
22:11 09 Jul 16
I recently took my 1979 Volkswagen Beetle to Silvhorn as the mechanic I had previously taken it to was unable to diagnose the issue. They had it running smoothly in no time but as it turned out, the brakes all needed replacing too. It was quickly becoming a costly visit to the mechanics and I expressed my concerns about price. They kindly shopped around for the most reasonable, quality parts and also found ways to recycle some of my old parts. In the end, my bill was only half of what they had originally quoted. Trina, at the front was amazing to deal with and very good at explaining what was going on with my car. Friendly and great customer service! I highly recommend Silvhorn!read more

Randy Jones
09:07 30 Jan 15
We have regularly used Silvhorn since 2006 and I can no doubt say they have always done a solid job of getting the job done right, I trust their opinion & work, and never think twice about sending our vehicles, old & new, into them. They have even helped us correctly diagnose warranty related work on our newer vehicles. Also important, I can't recall a time where they haven't met their committed time to getting our vehicle back to us. read more

Feeling Toasty Autosport
21:56 10 May 18
Once again silvhorn got me in for work on my car in a reasonable timeframe. Walk in and they recognize me from over a year ago, even the mechanic remembers me and my car. Quality work and honest communication every time, 100%read more

sue ross
05:00 04 Feb 18
I was totally panicked when my truck packed it in during a busy work week .I caught Mike at the end of the day,and he scheduled me in the following morning.After a quick diagnosis, my shot wheel bearing was repaired! I even got and oil change,and was back on the road by the end of the day. I will be doing all my regular service,and any other future repairs at Silvhorn .The price was comparable to Van ,without any of the hassle ! Highly recommendread more

Lisa Phillips
02:54 31 Jan 18
Mike was super helpful and completely explained my options to me! I felt really taken care of. The report I received for my inspection is really fantastic too, I loved the visuals. Thank you!!read more

Roy McClean
21:21 25 Nov 17
I have bringing our vehicles to Silvhorn Automotive in Pemberton for well over a decade. Owner Mike Dymus and his team are first rate. I find Mike very honest and they always do good work. If you need to get your vehicle maintained or repaired I highly recommend Silvhorn Automotive.read more

Jason McClean
19:47 20 Mar 18
Every time I drop off my car with Mike and his staff I get an immediate call with a fair price and estimated time for repair. I'm never left in the dark with how much a repair is going to cost and my car is always fixed on time and in great working order.read more
See All Reviews

The timing belt is a notched rubber belt that allows the crankshaft to turn the camshaft. A timing belt is sometimes called a Gilmer belt or a camshaft drive belt. The camshaft opens and closes the valves in synchronized movement with the engine’s pistons.

If your timing belt breaks, your engine will stop working and typically will cause major engine damage. That’s why it’s important to have your timing belt regularly inspected. If the belt is loose or has slipped the valves could open at the wrong time and be struck by your engine’s pistons. Warning sounds include a slapping noise coming from your engine. This indicates a slipped belt.

During the inspection of your timing belt, Silvhorn Automotive technicians will look for cracks or stripping that indicate it’s time for belt replacement. Typically, timing belts should be replaced every 60,000 to 86,000 kilometers (or 50,000 to 60,000 thousand miles).

If your vehicle’s serpentine belt breaks, all of the engine parts it is powering will stop working and your engine could overheat and be damaged. Silvhorn Automotive technicians look for cracks, wear, and stripping to determine if your serpentine belt is in danger of failing. Like the timing belt, we recommend having your serpentine belt inspected every time you have your oil changed. Warning sounds include a screeching noise coming from your engine, especially during start-ups on cold mornings or on sharp turns.

Studies have shown that serpentine belts most often fail between 57,000 and 87,000 kilometers (or 36,000 to 50,000 miles). It’s recommended to change your serpentine belt before this mileage.

Coolant hoses include the upper and lower radiator hoses plus heater hoses. Some cars include a bypass hose. Hoses provide a flexible connection for coolant flow between the engine, radiator, engine and heating block.

Tiny cracks can form from the inside that can eventually lead to a burst hose and overheated engine. Have your vehicle hoses and accompanying clamps inspected twice a year.

Learn more about our Under The Hood services…

If you don’t find it above

Let us help you

Come in and visit us